YA eco-futurist reimagining of the post-apocalypse

excerpts from full-length novel and drawings from inktober 2018

Kneeling in the rubble, the girl, now sixteen, let her fingertip move across the page. She knew that her touch destroyed the brittle leaf pages, but she couldn’t keep herself from feeling the letterforms. Allowing her fingertip to sweep across them, to be a part of their dark dance against the white nothing. How the individual lines formed a gesture and the gesture formed into a word. And from a word, meaning. That incomprehensible moment of understanding. First there was no meaning, then the next, there was.

She read the words and began to feel the familiar tug as the world from the story book started to pull her away from this one. The images in her mind grew sharper; scents and tastes she’d never experienced but so perfectly described now became a part of her memories. She was transported. 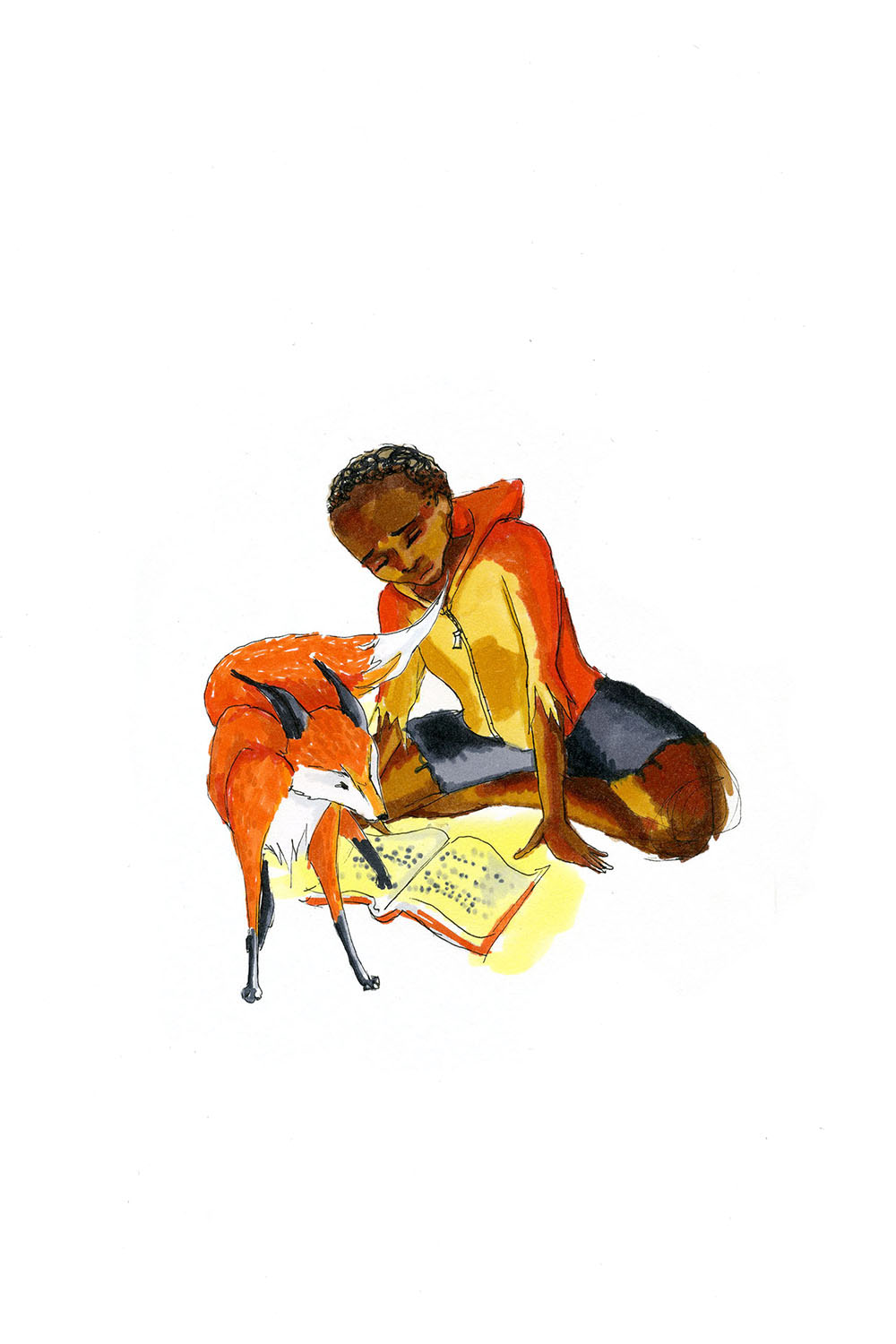 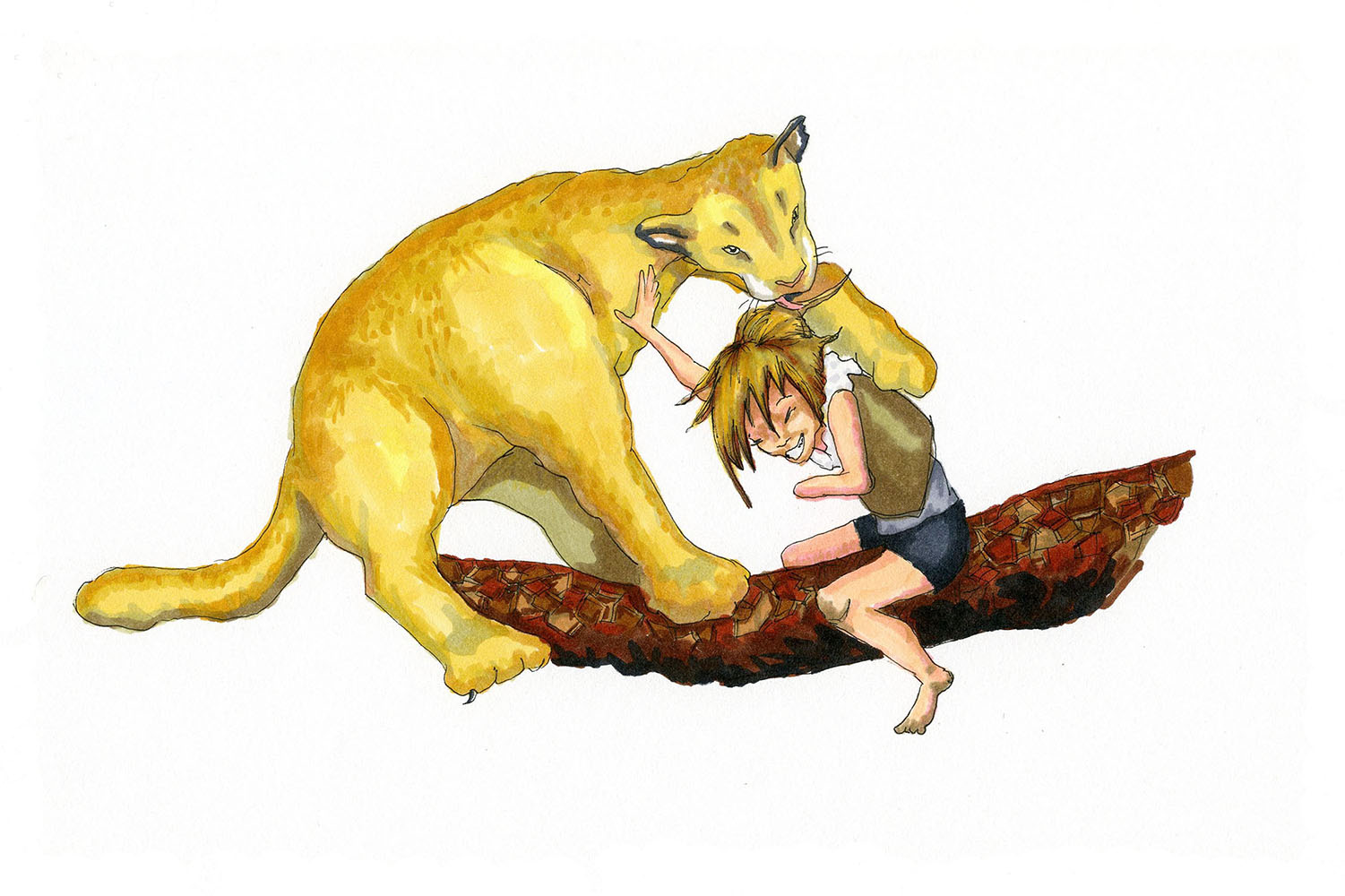 Charm had stopped singing. Ruin glanced up at the black cottonwood she had last seen Charm and Kitty lounging in. They were still there and relief relaxed Ruin’s muscles. They were looking at something in the distance, far passed the edge of their home terrain.

Ruin hooted a spotted owl’s “What do you see?”

Charm chattered back a red squirrel’s “Cussed if I know.” Then Charm screeched a bald eagle’s. “Come up!”

Ruin didn’t exactly admire the bird; she felt pigeons didn’t really belong around here. They were pavement-colored. Urban animals. Part of a world that died with The Change. Even the subtle brilliance of their neck feathers reminded her only of oil-skimmed puddles. But watching the two of them together, the bird and Alone, she was assured somehow, that this boy was special. She didn’t know of anyone other than her family who’d experienced that bond with an animal, definitely never a boy or man. Her father never had the honor of a non-human companion, though he’d spoken with much admiration for wolves.

“You’re not so alone,” Ruin remarked to Alone, watching him over the edge of her book. “How long have you known the bird?” 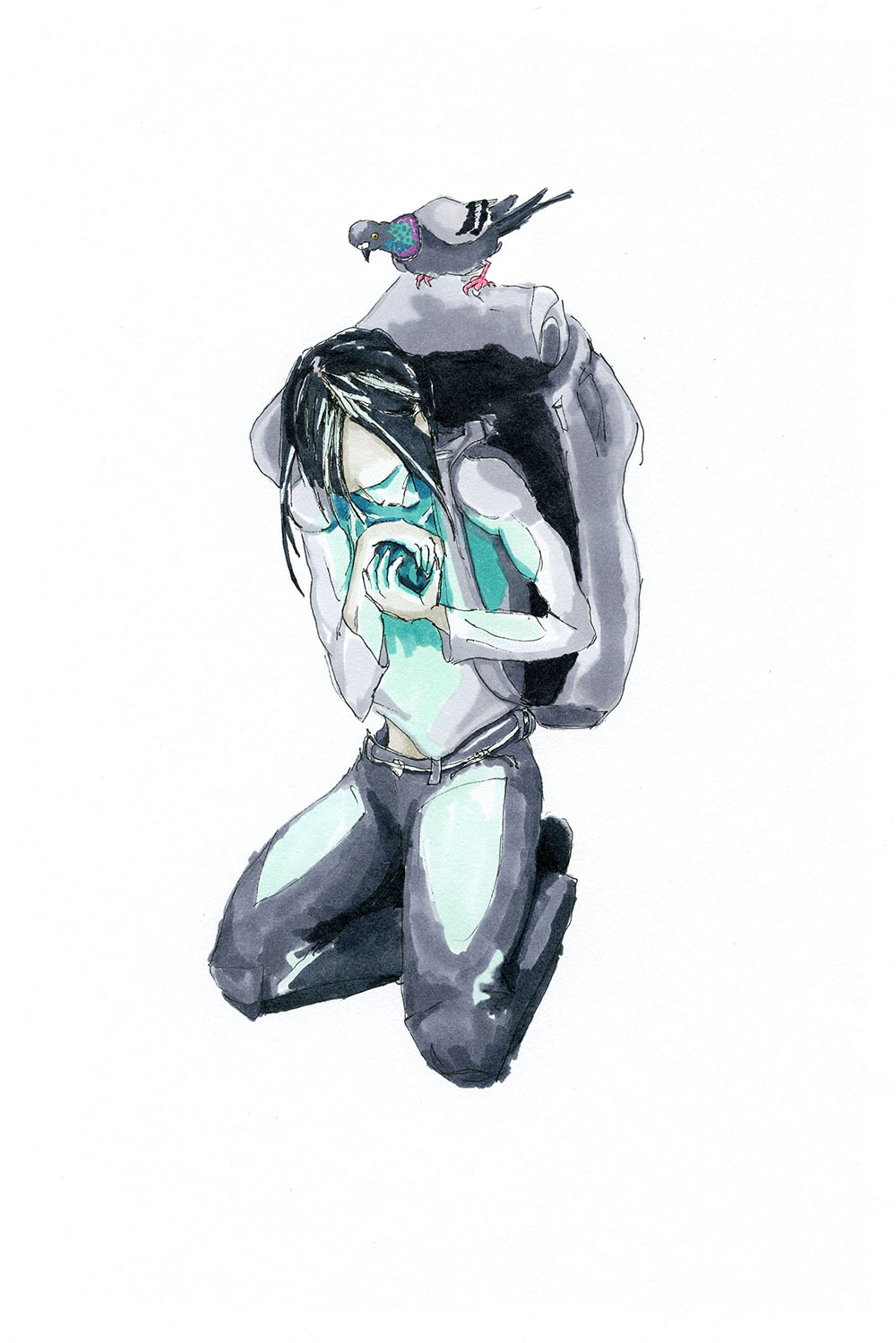 Thistle was in the dwelling hissing back at the raccoon who refused to leave her harvested weeds alone. They could stand like this until the shadows grew long, the stand-off ending in an eruption of Thistle’s laughter. She appreciated the little bandit, the opportunistic scavenger. If she never found a friend among the tribe, it was because she had her soulmate always underfoot. 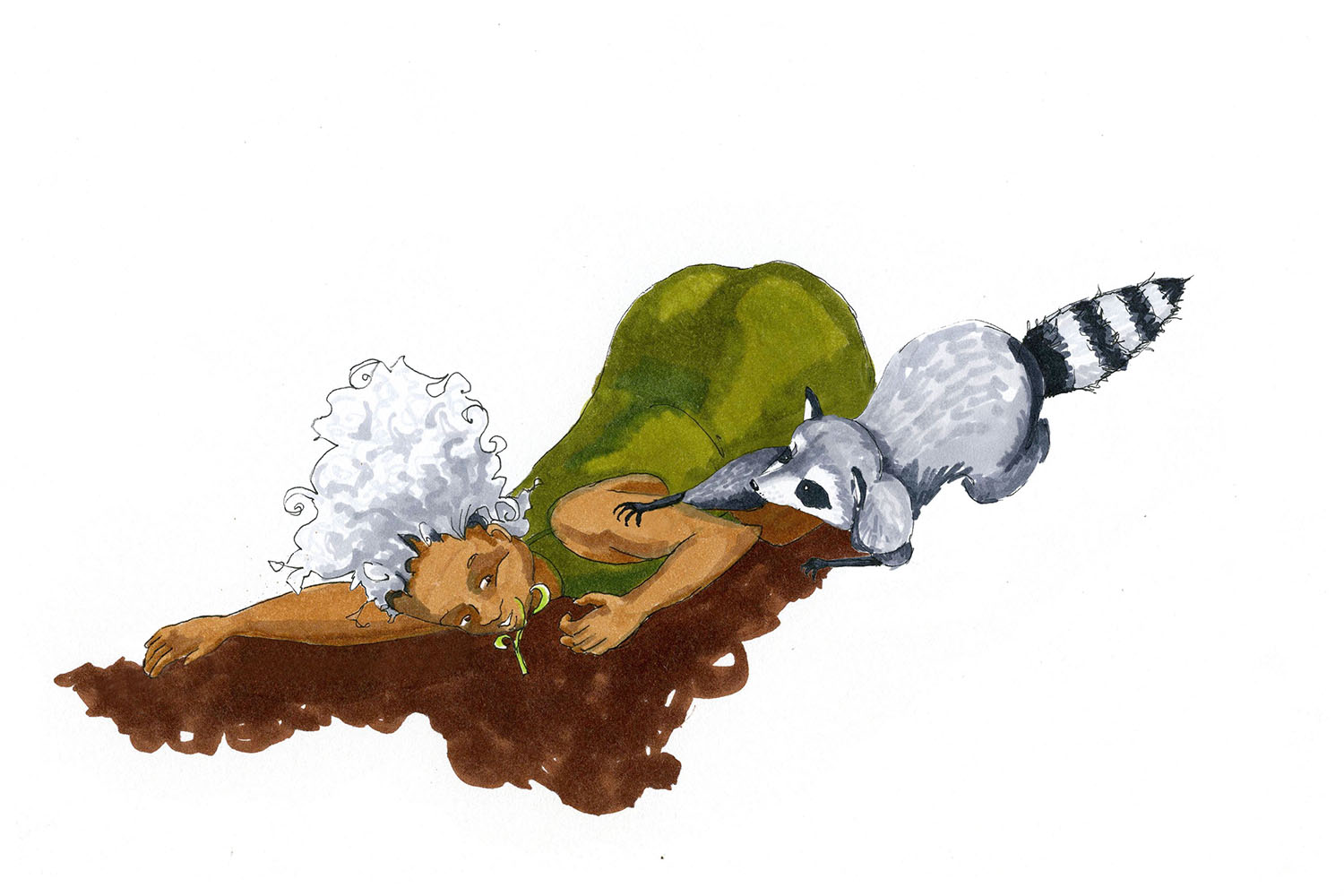 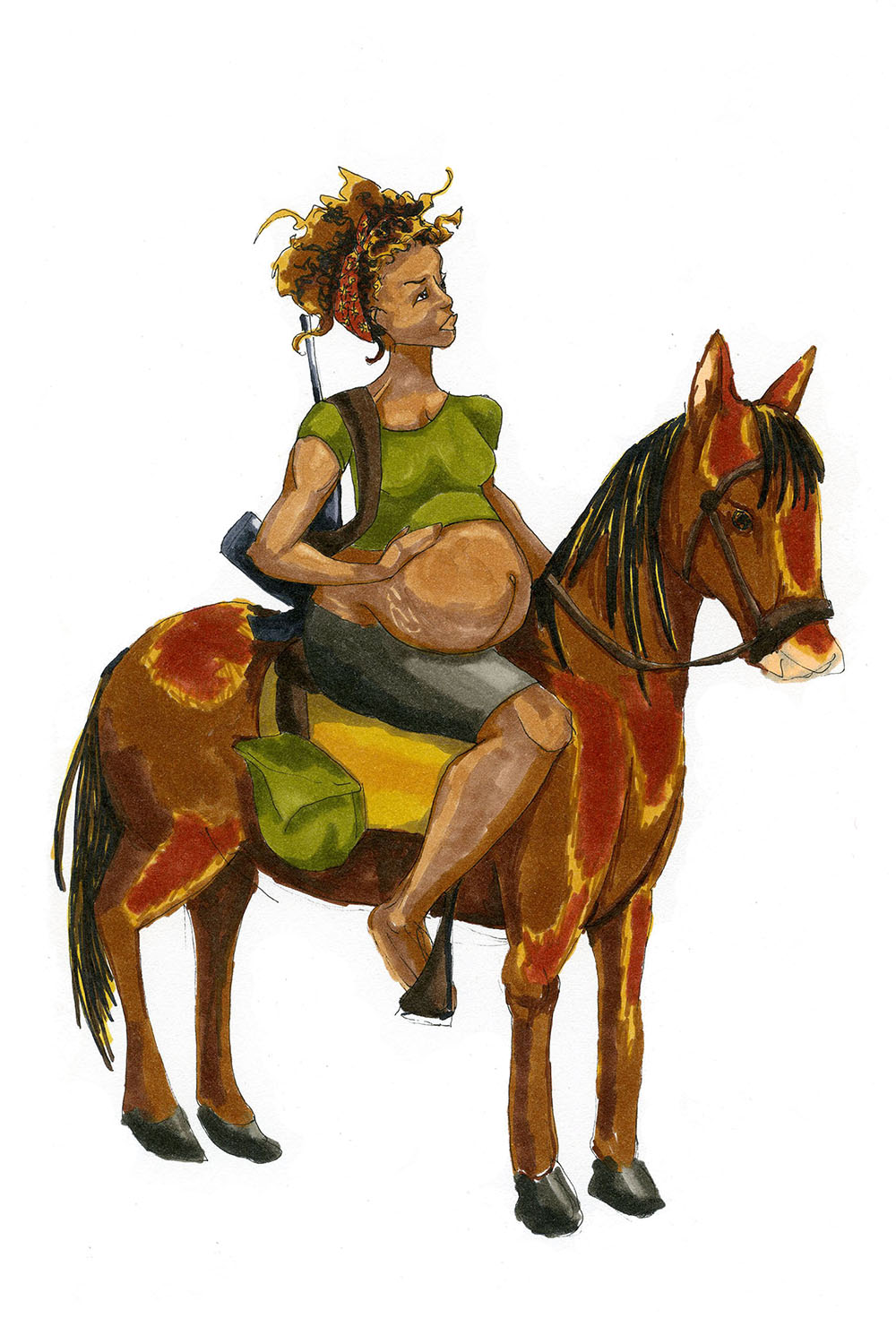 Your mother, Sahara Christensen-Adu, had felt the coming since the morning of the ride. She had been carrying high, as if already proud to show off her soon-to-be child to the world. To give it a view of what was to come.

But your father only smirked, urging his horse forward to catch up with his wife. “You tell her to stop.” And he surged with speed, the hooves clattering through the rows of the apple orchard. All the fruit uteruses hanging heavy on their branches. He saw his wife up ahead, the silhouette of her bump, rifle pointed to the sky. She slowed, indicated that she had located the farmhouse.

They were Harvesters. Technically, a sort of bandit gang. Though their particular brand of thievery was to liberate surplus from hoarders and distribute among survivors. “Robin Hood shit,” your father Malik liked to say, whatever that meant.

In a wolf pack, there was an alpha male and an alpha female. The top dogs. Running the show. And asserting dominance to maintain their position. Because the wolves struggled to maintain social order, it was taken as something natural. The way of the world.

But that was a never-were.

The struggle for social dominance described by behavioral scientists were observed while watching wolves in captivity. In zoos. When other scientists went to corroborate the findings, they indeed noticed the same behaviors. In other captured wolves.

What the observers saw when watching the captive wolves, was like watching the behavior of men in prison and from that deducing everything they knew about human nature. The zoo wolves were torn from their parents, in a strange new territory, forced to build an uneasy family with the other, equally traumatized, individuals they found themselves with.

Wild wolves do not engage in displays of dominance, they simply follow their mother and father, trusting them to show them the way.

When the domesticated dogs were released into the wild during the chaos, they were more vicious than wild wolves. Because they had been taught all the wrong ideas of dominance and obeying a master. And more damning, they were orphans.

Your father wasn’t yet sixteen when he read those words. But still an orphaned boy, he thought, told he had to run with the wolves. 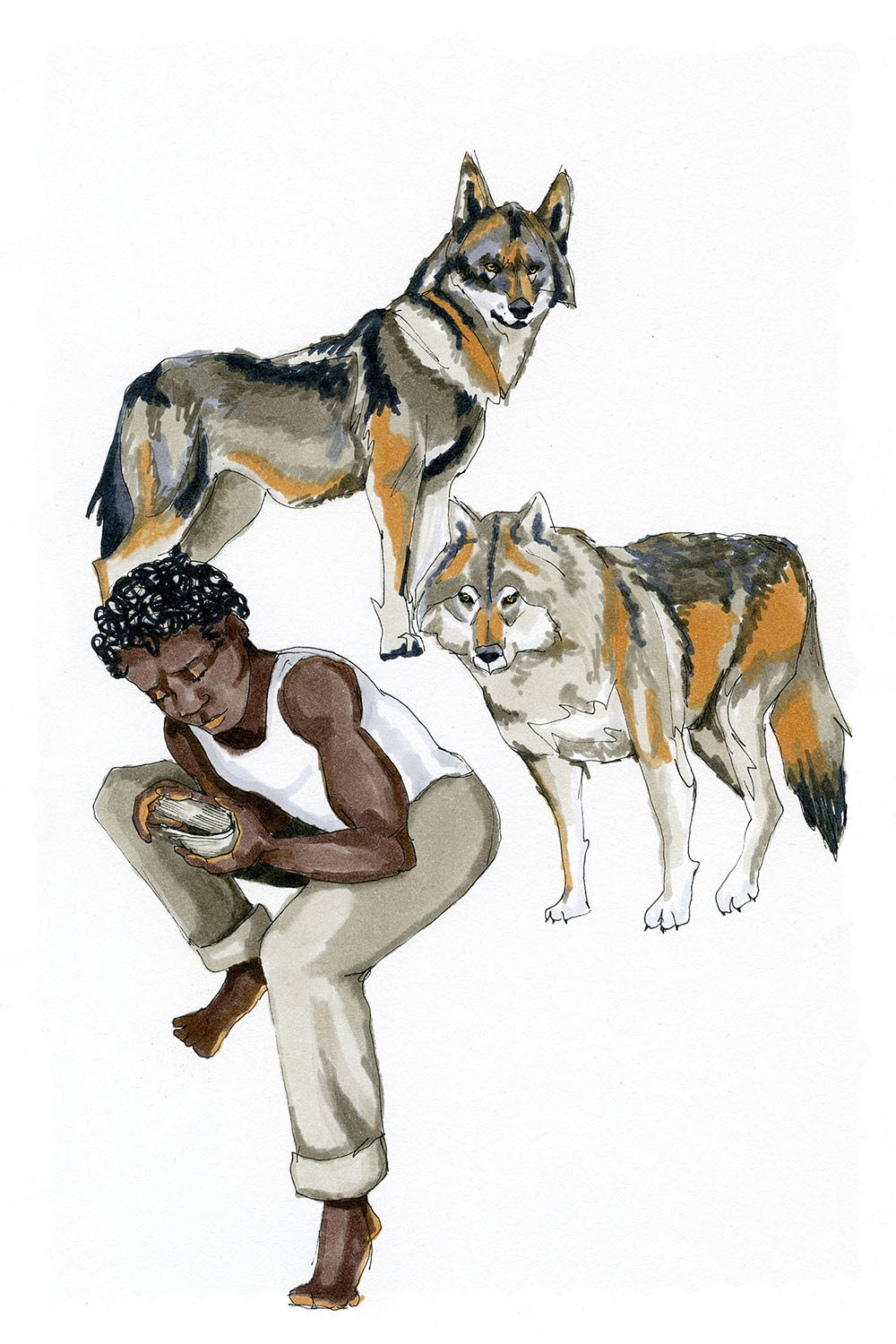